We quietly lost a musical great this past week, John Wetton.   Here he is with "UK" from the late 70s.

Email ThisBlogThis!Share to TwitterShare to FacebookShare to Pinterest
Labels: music

Remember the case of the leaked information on the Stuxnet virus designed to degrade Iran's nuclear program? You're not alone--the media seems to have forgotten as well, along with most of the conservative blogosphere.

At last check Obama's "favorite general" Hoss Cartwright was the person of interest, but the Washington Post told us that the investigation had been delayed so as not to interfere with Obama's super-awesome peace-in-our-time nookular deal with the Ayatollahs.

After Ben Rhodes gleefully admitted that they successfully lied their way into that deal, one might think the door would be open to prosecute the Stuxnet leakers because the current administration has taken a scorched earth policy on such things.  And....as everybody was just recently made aware, even joking about leaking can be considered treasonous!

So..... how is the investigation coming along?

...TWA flight 800 exploded off Long Island.   There's a lot going on in our world today and this will pass without thought for the most part, but it's worth mentioning that some consider this a cold case that was never fully solved.

Here's one of them--former NTSB investigator Hank Hughes, explaining his role and opinion.  For what it's worth, the damage pattern seen on MH17, a verifiable missile shoot-down, didn't resemble what can be seen on the reconstructed TWA 747.  But, we don't know what the wings or horizontal stabilizers looked like or the tail fin as they were not included in the rebuild.  Nor were the engines.

And we still don't know why agencies like the CIA were involved in explaining to the public the NTSB's implausible scenario that the nose fell off and the rest of the aircraft ascended several thousand feet, which was meant to explain away eyewitnesses who said they saw missile streaks.

Meanwhile, few if any aircraft have been retrofitted for nitrogen inerting systems, which were supposed to prevent future similar crashes, of which there have been none.  And cargo aircraft were not included in this recommended fix because we all know cargo aircraft don't blow up or something.  So you decide.

Regardless, the official probable cause is in the books and will not be changed anytime soon. Eventually the skeptics and cynics and conspiracists will die off and the story of flight 800 will be relegated to the corners of history.  But there's someone running for president right now who might know a little more than the average Joe.
Posted by A.C. McCloud at 6:32 PM No comments:

28 pages? Why wasn't this in the report?

The long-awaited 28 redacted pages in the Congressional report on 9/11 were released today, although they were overshadowed by another terrorist attack and the chaos in Turkey.

While there were some revelations there were no real bombshells, well wait, other than the terrorist dry run in 1999.  Or the revelation that a Saudi was checking security along the southwest border in the late 90s.  Or that our intelligence apparatus requested help from Saudi intelligence in the summer of 2001 (when the lights were blinking red) and got rebuffed.

But for those who've read the FBI 302s long available on the web regarding al-Bayoumi and Bassnan in San Diego (who helped the two west coast hijackers) this report just fills in some gaps.

Yes, it appears some Saudi Arabians were aiding the hijackers, to possibly include our buddy Prince Bandar and some in the intelligence arm.   The report concludes that the FBI wasn't treating them as enemies before 9/11, actually, they were considered allies.

But let's say Bush or even Bill Clinton smelled the rat about this relationship beforehand and concluded there were plots sanctioned by the Kingdom--were they supposed to invade the holy land of Mecca and blow up the Kaaba, invoking the wrath of millions of moderate Muslims?  Mecca is really nuclear deterrence for Saudi Arabia, if you think about it.  Maybe Iraq was really designed to get an America presence and democratic rule closer to the Kingdom, and Iran (who also has some weird ties to 9/11).

Anyway, we'll see how much traction this release gets in the press intelligensia.   It's going to be hard to topple the current headlines, or BLM, or even the latest Trump press conference.  After all, it's not like it states in clear English that Bush blew the towers.

But maybe Trump should be taking a close look at it since it does lay out a case that the Saudis were sewing the seeds of 9/11 while Bill was diddling interns and Hillary was busy blaming a vast right wing conspiracy.  This same woman wants the keys to the White House back.

Perhaps Trump could also remind the various Democratic Party operatives intrepid mainstream reporters about this story, which also wasn't included in the 9/11 report:


In a revelation missing from the official investigations of the Sept. 11, 2001, terrorist attacks, the FBI placed a human source in direct contact with Osama bin Laden in 1993 and ascertained that the al Qaeda leader was looking to finance terrorist attacks in the United States, according to court testimony in a little-noticed employment dispute case.

The information the FBI gleaned back then was so specific that it helped thwart a terrorist plot against a Masonic lodge in Los Angeles, the court records reviewed by The Washington Times show. “It was the only source I know in the bureau where we had a source right in al Qaeda, directly involved,” Edward J. Curran, a former top official in the FBI’s Los Angeles office, told the court in support of a discrimination lawsuit filed against the bureau by his former agent Bassem Youssef.

Get that?  The FBI had a mole in AQ that was embedded with bin Laden in 1993.   This mole warned of UBL's goal to finance terrorism against the USA and perhaps prevented an attack in Los Angeles.  In 1993.  How did the 9/11 Commission miss that?  How did the FBI think it wasn't important?

Let's face it, nobody really wants to get to the truth about much of anything anymore. It's just too inconvenient for too many parties and too many people have too much to lose. September 11th happened and it can't be reversed.  The Saudis aren't our friends, we already knew this.
Posted by A.C. McCloud at 11:34 PM No comments:

Some may remember this comment going around before the 2008 election, taken from Obama's second biography "Audacity of Hope", emphasis added:

"(T)he stories of detentions and FBI questioning and hard stares from neighbors have shaken their sense of security and belonging. They have been reminded that the history of immigration in this country has a dark underbelly; they need specific assurances that their citizenship really means something, that America has learned the right lessons from the Japanese internments during World War II, and that I will stand with them should the political winds shift in an ugly direction."

President thin-skin just made that crystal clear again today.  Even some of the top cheerleaders in the White House press room were a bit taken aback by Obama's passion and how it was directed more towards Trump than our radical Islamic enemies.

But they of all people should have no room to complain---they are the ones who overlooked or downplayed snippets like the above back when it counted.  Obama telegraphed everything he's done up to this point before he was elected, it was incumbent on citizens to ferret those views out by themselves because the press was acting as his campaign staff.

Now, his passion towards immigrants is not necessarily misdirected--we are a nation of immigrants--and nobody should want people a repeat of FDR's FEMA camps for Muslims.  But when he focuses his passion more on their rights or Republicans or the Second Amendment than the barbarity of the terrorists that use Islam to justify their actions., it's a tell.   It's why we have a Donald Trump.
Posted by A.C. McCloud at 10:11 PM No comments:

The guy is a terrorist--go grab his ass

Those words were once spoken by noted climate scientist and vice president Al Gore.  He offered the blunt assessment to Bill Clinton and his advisors huddling over how to handle a foreign terrorist.  In doing so he admitted it was a violation of international law.  But the guy's a terrorist!

Strange how after the biggest terrorist attack in American history we actually DID go grab a terrorist's ass, in Italy.   But the CIA officers who did it were all later convicted of crimes by outraged Italian prosecutors.  One of the officers, Sabrina de Souza,  has found herself in a position of being extradited back to Rome to perhaps face serving jail time.  She made the mistake of leaving the States.

And the Obama administration seems OK with that.

Without knowing all the intricate details of this case, on the surface it sure seems weird that we would trade 5 hardcore Taliban terrorist commanders for an Army deserter, then allow the Italians to roast a CIA officer who herself was also on the global battlefield defending the West against radical Islamists like this cretin.   But it's an outrage a day anymore.

It was the third of June..

A.C. McCloud
Left of hard right but right of center

A Sample of Volunteers

Blogs of Fancy -- the Right 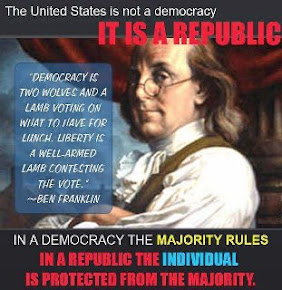 Global Warming (or not) 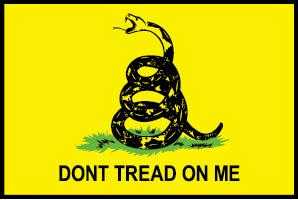